I dislike salary negotiation. I don’t mind it when I’m first offered the job, because that seems like a natural time to negotiate, but not later on as I’ve proven my work. I’m pretty sure that I’m the lowest paid at my level in my company, although that may be offset by my stock options, but theoretically my options are a bonus for taking a risk as an early employee. Anyway, part of me feels like I don’t deserve a higher salary at my current company because while I have a good title I’m actually viewed at a lower level. The only way to actually get the respect and the salary that goes with it is to start looking elsewhere.

I wouldn’t look elsewhere for salary alone, although maybe I should. What I’d look for is a job in product management, because that’s what I want to be doing anyway. I’d probably be able to at least meet my current salary at a more junior-level position and then work my way up. I’ve been extremely loyal to my company and I still am, but there comes a time when you have to do what’s right for your career. Eventually I want to found my own company and in order to do this I need to gain experience in a position closer to the product decisions. I should care more about salary, especially as a woman who believes in equal pay, but I don’t want to play that game. If my company believes I add value, they’ll give me a significant raise that’s fair for my supposed level. If they don’t, then I’m right to be thinking about what’s next. END_OF_DOCUMENT_TOKEN_TO_BE_REPLACED 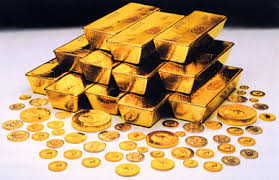 There is a growing discontent in this country about the difference in wealth between the super rich, and the rest of us. Forget semi-rich, middle class, and the poor. It’s them against the rest of us. I want to be one of them.

Unlike other personal finance bloggers that write about debt, I write about my middle class life and my dreams of wealth. It’s not like I’d buy Gucci underwear if I was a millionaire… I’d just love to have life free of financial burden. What is the dollar figure on that? $1M isn’t enough. $5M might be enough. $10M in networth would probably be the point where I would feel rich.

I’d spend some of it on myself, sure, but if I were rich…

If I were rich, I wouldn’t want anyone to know. But I’d be less afraid of what the future holds. I wouldn’t ask myself whether I should have kids because of my bipolar disorder, afraid that I’d lose a job and not have enough money to keep a house or maintain a reasonable lifestyle. I’ve always dreamt of being wealthy. I feel like, in a way, I have many of the tools to get there. I clearly need to start my own company, to find the right ADD medication to help me focus, to find the right psychologist to get me out of my head for long enough to succeed.

Life is short. You can be happy on a $30k paycheck and you can be happy on a $1M paycheck. I want freedom. Financial freedom. Every year is another lottery ticket. Every year is another chance. But I’m running out of chances. Sure, I’m still young… gah, I’ll be 28 next month… it just feels like I need to find wealth before I turn 30, 31 or 32. That’s when I really have to start making a family, if I’m going to. That’s when I’ll want to be able to work part time and be in my children’s lives. That’s when I run out of this time called youth to win, and win big. If it wealth were so far out of reach, that would be one thing, but somehow I’ve managed to put myself on a path where it’s possible. There are still a lot of unknowns. Still a lot of needing to focus my mind to impress, fighting my anxiety to be known, believing in myself, letting go of guilt for privilege, and kicking some major ass.

I don’t even know this person I’ve become. Six years ago I was on the verge of suicide, applying for hundreds of thousands of jobs, unable to get even an entry level position. Then one opportunity after another made its way against the tide of possibility, and each failure opened up a new door with a brighter tunnel to walk through, and somehow I’ve gotten where I am today. Some of it I’ve faked, some of it I deserve, some of it is sheer luck. And any day I could fall. Living with bipolar (II), it feels like everyday I’m running on the edge of a cliff. It’s thrilling, it’s exhilarating the rush of defying gravity, and yet I know one of these days I will trip and fall yet again, and have to climb all the way back up. The trick is to never stop climbing, and better yet, to run fast enough that your feet barely touch the ground, to run so fast you’re practically flying and no one knows can figure out how to stop you, because the moment you look like you’re about to hurl yourself over that cliff, you’ve landed on an even bigger success, and even bigger improbability, and you just keep going.