Half the world is out partying tonight, but I’m staying in. Tonight is the night when restaurants, hotels and nightclubs charge an exorbitant amount to partake in what they do what they do every other night. I just can’t justify spending $100+ for one evening just to get into a club, let alone $300 or more.

Then again, part of me wishes I lived the lifestyle where that was my life. Where I could spend $300 for a night out just because it’s an arbitrary day of the year that’s a big holiday. To get dressed up and look hot and go dancing and get drunk and count down to New Years with a bunch of other drunk people who also spent too much on their evening.

Do/did any of you go out to celebrate New Years? How much did you spend? 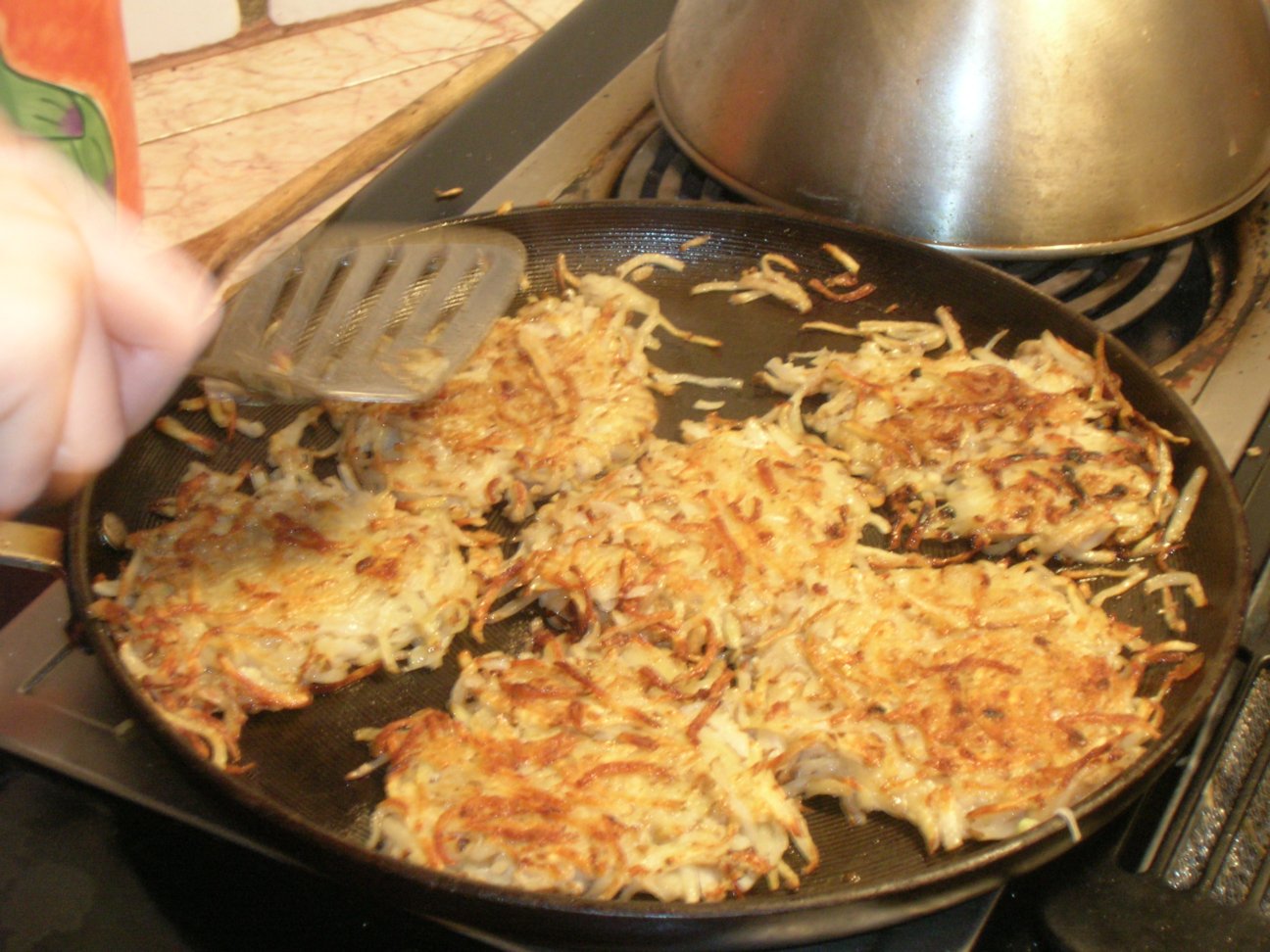 When I exclaimed to my roommates “let’s have a dinner party!”… I certainly wasn’t thinking about cost. Last night, we had about 15 people over (including us) who we fed and entertained for the evening. It was a really lovely gathering, a holiday event dubbed the J-Food Dinner party were we served a mix of Jewish food and Japanese food (don’t ask.)

But the bill came out to be way more than I expected. Not that I thought that through when I decided to have a dinner party, or when my roommate and I invited enough people to have to feed a small country.

Problem with throwing dinner parties is that you’re never sure how many people are really going to make it. You need to invite a few extras just to make sure you’re not sitting alone with all the food you make.

So between all the dishes we made, it cost about $300. I ended up buying $50 worth of frozen blintz at the last minute because I ran out of time to cook, and sadly bought the ingredients to actually cook them fresh as well – but that was only a few extra eggs and a lot of creme cheese, like $10 worth.

My boyfriend also decided to cook up this mushroom tart that we learned how to cook at my work’s holiday party the day before. It was a Whole Foods cooking party, which was awesome, but of course they used expensive ingredients and in order to recreate our delicious tart he had to buy all these things… pastry shells, wild mushrooms, Camembert cheese, sherry… all of that added up.

And then there was the hummus and baba ganosh for an appetizer and bread, and the two bottles of wine (not to mention the other two bottles we already had) that got served. And a few bottles of martenelli’s cider for the non alcohol drinkers. And all the latke ingredients, which my roommate bought, that I owe her for… about $60 worth (that’s included in the $300 total).

Well, at least I’ve made $75 thus far in my posts for that tech blog I’m writing for about twice a week. I’m going to have to really turn up the posting on that so I can make up for lost costs. My next paycheck is going to rent, paying my boyfriend back (I owe him about $900 now including the cost of food for this party, he charged it since my credit card is missing), bills, taxes, and that’s about it. I hope people don’t mind that this Christmas I’m going to be a bit short on gifts. At least I bought my one really good friend a dishwasher for her birthday earlier this year (split with my boyfriend as a gift for her new kitchen) but still – she can’t complain that i’m not getting her a gift. I should get my roommates something but… that might have to come with the next paycheck.

My “stable” job is still on the rocks. It’s looking ok… but I’m not sure. They’re letting go all the contractors besides me, which is really sad for those contractors and rather uncomfortable for me. My contract isn’t up until the end of Jan, so at that point they’ll have to decide how valuable I am to the team. I think I’ve proven my dedication – I’ve been there for over a year now, but in this economic climate anything is possible. And I’m a little worried. I’m hoping for a full time job with health benefits (!!!) but expecting the worst. And the worst case scenerio is that I can write up to 5 posts for this tech blog a week, making about $500 a month, which covers a large chunk of rent. Then I seek out other freelance positions… since the full time job market seems non-existent in my field at this point.

Probably not the best time to throw a $300 dinner party, huh?