One of my readers, Jake, posted a thoughtful response to my post 10 Tax Breaks Only the Rich Enjoy noting that my explanations were factually inaccurate. I thought he had some really good points, so I wanted to address each below. I also want to clarify that I do not necessarily have anything against rich individuals who worked their way up to obtain wealth. The problem is that once a family has money they can maintain that money within their family for generations, with many “trust-fund babies” not having to earn their wealth. Also, I have a problem with tax loopholes that are designed to only benefit the wealthy yet that are useless to the middle class.

(Side note: I think that federal and state income tax should be adjusted for cost of living per county. It is obscene that a San Francisco household should have to pay the same effective tax rate to someone in Fresno where cost of living is much lower. $300k in AGI for a married couple is a lot in many regions of the country and in others it is squarely in the middle class. Thus, income tax brackets should be adjusted for cost of living. I’m not sure if this could work, but it would make a lot more sense then the current tax system.)

Jake wrote: “Sorry, but most of this applies to the 0.01% of income earners, not the 1%. Additionally, a lot of what you outline is misleading. I’ll address each section.”

RE: The Rich paying 0% on Capital Gains Tax

The super rich do not need to generate income. If an investor is in the 10% and 15% tax bracket for income, then s/he pays 0% in capital gains tax. This means that if someone has enough money to sustain them via investment growth and dividends, s/he never has to earn income and can stay in the lowest income tax bracket, thus withdrawing any dividends and gains on investments at a 0% capital gains tax rate.

Thus, my point is that capital gains tax rate should be the same for everyone, not based on income levels, so that way no one can cheat the system.

RE: Mitt Romney paid just 15% federal income taxes despite making way more money than someone in the top brackets

This isn’t about the bottom 50%. Yes, in our society people who make money pay tax to support services for people who are unable to make enough money to live, true. But the actual problem here is not about the bottom 50%. It’s the fact that the middle class is disappearing due to loopholes like this only available to the super rich. If you make $100,000 a year (single filer) you will pay 21.18% of all of your income to federal tax. If you make $200k, you’ll pay 24.93% of your income to federal tax. At $300k a year, that’s 27.62% to federal taxes. But if you’re super rich and in one of these jobs where the loopholes are available, you can pay much less while earning much more.

RE: Home deduction tax benefit is much better for the rich than the middle class

Jake: “Yes, the rich enjoy the home interest deduction along with 67% of America. The rest of Americans can also deduct the full amount, while the PEASE limitation reduces the amount that the rich can deduct.”

True. However, the way taxes work, the wealthy are getting a much bigger benefit to purchase property over the middle class. If the wealthy haven’t taken advantage of the former loopholes, basic math tells us that the deduction for the rich is going to be greater than that for the middle class. “One of the unfortunate and largely unintended effects of structuring tax benefits as deductions or exclusions is that they tend to provide much bigger tax benefits to those in the highest tax brackets. For a wealthy taxpayer in the highest tax bracket—now 39.6 percent—a $10,000 itemized deduction, such as one for mortgage interest, results in $3,960 in tax savings. For a taxpayer in the 15 percent bracket, however, that same deduction is worth only $1,500.” (source) Yes, the PEASE limitation is helping this a bit, but the mortgage interest deduction still percentage-wise much greater benefits the wealthy over the average middle class person.

RE: Giving to charity to preserve family wealth

Jake: “This just doesn’t make sense. How can you knock giving to charity?”

Answer: Because “giving to charity” is not always actually giving to charity. For example, the Walton family, heirs and heiresses to the Walmart fortune, are using this loophole very smartly to preserve their wealth over generations. With a fortune worth $115.7B, the family is set for at least a few generations, and tax laws help them ensure this.

How is this possible? The Waltons and many other super rich families use a charitable trust that allows the donor to pass money on to heirs after an extended period of time without having to pay estate tax! If a donor locks up assets in charity  trusts (CLATs) for a long period of time an amount set by the donor is giving away each year but whatever is left goes to a beneficiary TAX FREE. Just one of the charitable trusts would result in $2.2B for Walton heirs, without owing any tax on it. (source). While most people won’t have to pay estate tax anyway (your estate needs to be worth more than $1M before estate taxes begin to be levied), it is the super rich that the estate tax is designed for – to ensure that people aren’t just living off their family’s wealth and never paying a cent to support the government or working a day in their lives.

RE: Deduction for private jets

Jake: ‘Not many 1%’ers own private jets. That’s for corporate CEOs, professional atheletes and entertainers….many of the 0.01%”

True. This is probably relevant only to the top elite only. Nonetheless, it’s still a tax break the super rich enjoy.

Each state has its own rules on how individuals who own property can take tax credits for agricultural use. The point is not whether anyone who owns a home can take these credits, but how the credits are much more valuable for people who own expensive homes and properties. Another example of this – in NJ, fake farmers are costing the state millions of dollars. The Farmland Assessment Act of 1964, intended to preserve agriculture in NJ, is being used by millionaires, developers and anyone with at least five acres of land to slash their farmland tax bills by 98% — all they need to do is produce $500 in goods per year to qualify for tax breaks. For instance, one person used a cow to eat the home’s front lawn for a few months and then sold the animal, enabling the individual to take the tax break on their five acres.  Even Bruce Springsteen takes this tax credit. While he pays $138k a year in taxes on his own home, he owns an additional 200 acres which he has a farmer come and grow a few tomatoes so he doesn’t have to pay a lot of tax on this land (only $4639 per year.) (source)

Thus this tax loophole doesn’t benefit 67% of America who own property, but only the super wealthy who own more than five acres of property (rules vary per state but generally this is designed to help the super rich fake farmers only.)

Jake: Anyone with a rental property can do this type of exchange, not just 1 percenters.

Again, you’re spot on Jake. Anyone can take advantage of the tax loophole which enables them to purchase rental property and do a like kind exchange to trade it for property worth the same or more without paying taxes. Now, only the rich can afford to do this enough for it to make a big difference. For example, as someone with $300,000 networth, I invest in real estate via REITs. When I sell a REIT I must pay capital gains tax on this REIT, even if I want to purchase another REIT. I cannot just trade this without paying any tax. Also, I could own rental property and do a like kind exchange, but with $300,000 total in networth I’m not going to be able to purchase enough property for this to really help. Since wealthy real estate investors can do this over and over again (there is no limit for how many times they can trade property without paying tax and taking deductions for depreciation of their owned properties on sale) in the long run they will only pay capital gains rates on the property sold last.

But if you’re really rich, you never have to sell this property when you’re alive! You can pass this on to your children tax free. The basis which your children will pay tax on upon sale of the asset is determined not by how much you paid for the property in the first place, but instead how much it was worth on the day you die. Assuming you were a very smart investor and used like-kind trades throughout your life, you could have significantly grown your real estate value over time, enjoyed depreciation deductions, and then pass on the property tax free to heirs who can sell it for the amount it’s worth on the day of your passing. Most people cannot afford to keep so much of their networth locked up in investment property, but the super rich can.

So, Jake, as you see, much of my points have to do with how these tax benefits mostly help the super rich. This may not be the 1% but at 1% you start to experience some of these benefits. Once you have a certain amount of money in your family, though, you can maintain it for many, many generations through these loopholes.

We 99%ers love to call out the 1%. Some get to the 1% with hard work and luck, but many are placed there due to being born into privilege and likely a sizable inheritance. Others weasel their way into wealth. Few can get there in a way that wouldn’t make some “kooobaya-type god”scream mercy. Regardless of how the 1% made it to the top of the fiscal food chain, they can enjoy a whole host of benefits staying there — private jets, beautiful women, more beautiful women, houses, yachts, and — last but not least — some really tricky tax breaks so they can just keep accumulating more and more wealth! 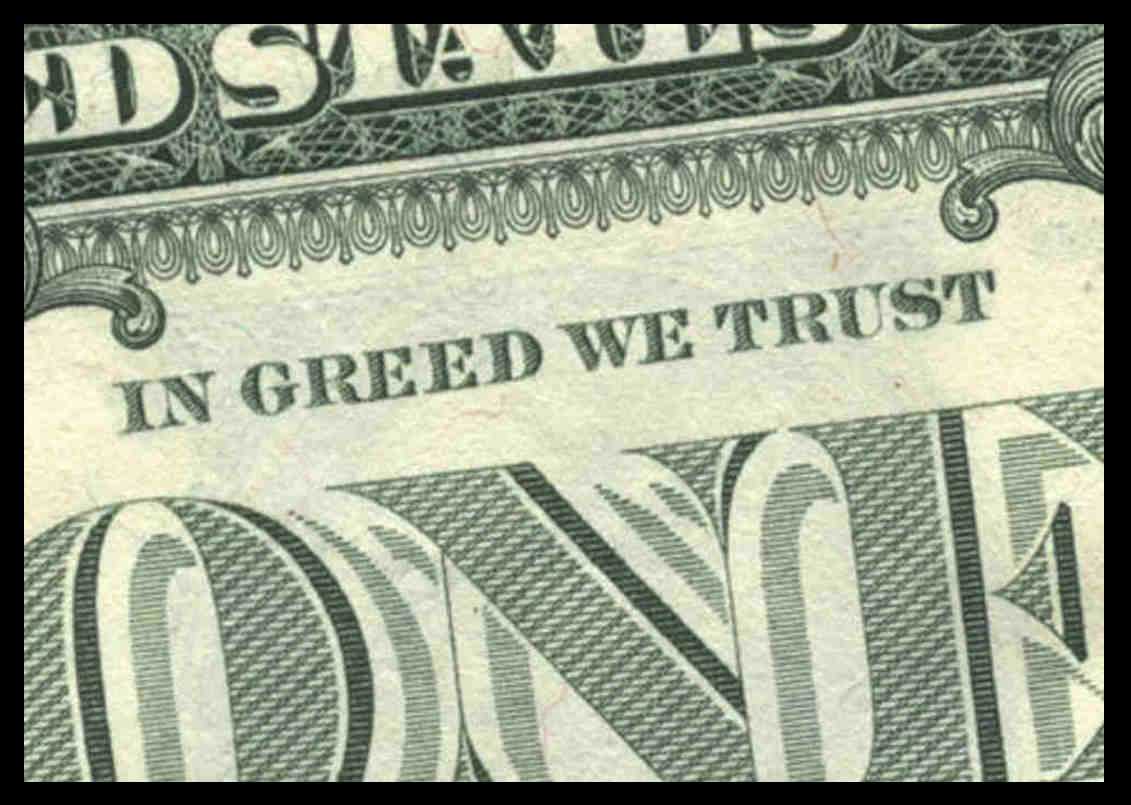 Here are 10 tax breaks that only the super rich enjoy. Read ’em and weep.