Forget the talent portion, these days reality TV stars can make a career out of being – themselves, without any talent besides perky tits, an itty-bitty waistline, and the ability to convince an television audience that they’re a money-hungry dumb slut. But hey, they’re making way more money than I am and probably having a lot more fun doing it, so who am I to judge?

In our culture, we reward people for being as superficial as possible. The latest news from the world of Reality TV is that Megan Hauserman, the big-breasted bombshell of Beauty & the Geek, Rock of Love 2, Charm School, and I Love Money is starring in her own gold-digging reality series.

In case you’re a millionaire who wants to broadcast your quest for a trophy wife on TV (instead of just hiring a high-priced call girl like a good, normal millionaire), Megan, the accounting major from Florida, wants you. That is, she wants your money. And you. As much as any star on a reality TV dating show could actually want another person who needs reality TV to set them up.

She announced the casting search on her MySpace page earlier this month… are you “Looking for the ultimate TROPHY WIFE?” Not only would your prize come complete with a life’s worth of obnoxious and bank-account draining spending habits, you’ll also win, uh, the right to one hellova pre-nup if you decide to actually seal the deal.

Granted, I’m guilty for watching these TV shows. I can’t get enough of gold diggers and the wealthy, and their drama. It makes me somehow be able to accept and take pride in my middle class status. It also makes me terribly jealous of women who are hot enough to qualify for a television show where they are offered on a silver platter as a Trophy Wife.

Another show all about money, from a bit more normal perspective, is Bravo’s “Real Housewives of…” I’ve caught a few episodes of their various series – Orange County, New York, and Atlanta… and I must say, I’m more jealous of these women than I am of Ms. Trophy Wife Hauserman. Then again, most of them were that hot when they were in their 20s and 30s (most are still that hot, just in the 40+ year old sense… I don’t think you can be a Trophy Wife once you hit a certain age, then you’re just a wife.) 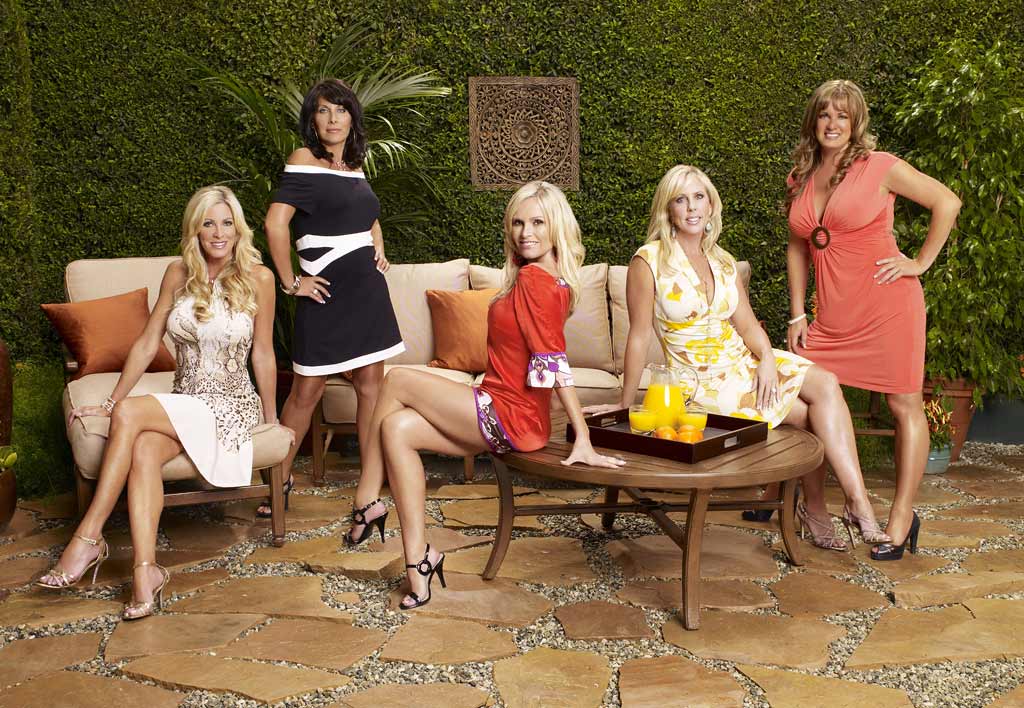 Still, these women are… real people. Their psychology is a bit different than that of say, a normal working person with no means of reaching the upper echelons of society, and they expect a bit more out of their shopping sprees… but even with all that money, they’re still real people. I watched an episode recently where two couples went to Sonoma’s wine country and felt awkward in a ritzy restaurant that served a bagillion mini courses and offered a snobs dream menu. It’s fun to watch the rich feel silly being what rich is supposed to be.

Another reality TV series I couldn’t help but watch lately is Paris Hilton’s: My New BFF. The series ended a few weeks back, but I remember the episodes clearly. And in the end, I still don’t understand what the contestents were competing for, and how this supposed friendship would work. It makes for riviting TV (on the reality TV show spectrum, on MTV) for sure, but why compete to be a best friend? Friendships, like relationships, are supposed to be equal. You can’t compete for a best friend and then expect a relationship to be normal. Paris bought her BFF contestents expensive gifts throughout the competition — they shared lavish days at the spa, gold-plated $1000 sundaes in NY, and shopping sprees where Paris announced “it’s on me, whatever you want.” I doubt that’s how the “friendship” would work once the show concluded.

If anything, the show was interesting because what Paris was really looking for was a business partner. With Nicole Richie out of the picture, who would be her assistant (I mean, partner) in crime? She needs someone who looks cute, takes a good photo, and can help her continue to brand… herself. The show didn’t mention any sort of pay this best friend would be getting, but how would her new bestie afford to be Paris’ friend without some compensation? The show should have really been called Paris Hilton’s: My New VP

I do applaud MTV for their series Exiled, where they take super spoiled teens (who appeared on My Super Sweet Sixteen) and send them to third world countries, where they’re forced to spend a week living in the shoes of people with far less than them. They have to do things even I wouldn’t do – like build houses with cow poop. Ew. It’s a good show in teaching these young, spoiled children about the rest of the world before they’re too old and spoiled to care.