One of the benefits that comes along with being born Jewish (besides being, uh, one of The Chosen People) is a free trip to Israel.

The program, called Birthright Israel, provides free trips to Israel for Jewish youth under the age of 26. They send a lot of us kids to Israel each year… trying to get us to feel connected to our past and perhaps carry on the religion for a few more years of history.

I’m not a Zionist by any means – I’m pretty much agnostic on the issue of Israel (and religion in general).

So the trip actually is FREE. It requires a $250 deposit but as long as you go on the trip you get your money back. When the deposit was do my checking account was way low so my parents spotted me the deposit money but they’ll be getting it back.

However – small costs for the trip that’s free can and will quickly add up. I don’t exactly have all of the suggested packing items. I still have to pay for a roundtrip ticket from California to New York to get to the flight to Israel (though I’m going to make the trip a vacation home to New Jersey for a week or so as well as long as I can work from New Jersey for a week or two.) There are other costs as well… (not counting souvenirs and such) so my free trip costs…

For the past few years I told myself if I get on the Birthright Israel trip (or ever travel abroad again) I will be bringing a nice DSLR camera to take pictures. Last time I was in Europe I had a film SLR camera that broke a few weeks into the trip… but seemed to be working. So I wasted tons of film and lost dozens upon dozens of pictures. My digital camera that I brought was kind of crappy and while it took a few good shots, the quality was not that high. 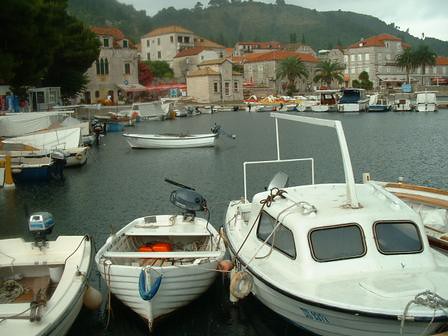 I want to get more into digital photography anyway and I can’t think of a better excuse then to save up and splurge on a nice DSLR.

That’s coming last, though. First I need to pay my estimated quarterly taxes!!! But it’s a good excuse to try to work extra hard over the coming months.