I’ve avoided buying a “smartphone” for a long time now because I didn’t want to pay the extra $30 a month for a required Internet connection. That $360 add-on to my cell phone bill per year isn’t really necessary, given I’m rarely away from an Internet connection and my laptop. Still, working in technology and occasionally writing about mobile innovations, I felt it was important to finally get a fancy smartphone.

But which one? I have been on Verizon ever since my first cell phone, and wasn’t ready to switch since I’ve been fairly happy with the service. I really wanted an iPhone and I’ve been waiting for Verizon to get one, but the AT&T contract ties up the iPhone w/ them until at least 2010. And given that my old phone disappeared, I needed a replacement and didn’t want to tie myself up with another two years on Verizon.

I looked at the Droid and the Droid Eris but wasn’t impressed. The iPhone just felt right and the design — hardware and software — was way more intuitive and slick than the clunky Droid. So I walked into an AT&T store and made my purchase.

I’m still in denial of how much I’ll be spending on my phone each year. $80 a month is not cheap. But I think it’s worth it in my industry.

The good news is that my iPhone is already paying back for itself. My boyfriend and I were out looking for a place to grab dinner and we found a local restaurant that had a 25% off coupon online and went there. The more I can use my iPhone to save, the better I’ll feel about the monthly service charge!

How many of you own a smartphone? How much do you pay per month for your phone? 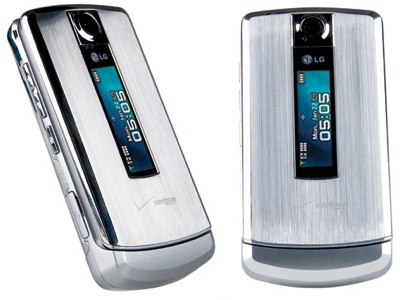 It’s funny how the cell phone companies make it seem like you get some extra special deal on buying a new phone every two years. I guess some people like to get replacements of their gadgets every two years, but I tend to hold on to my electronics for longer than that. My iPod? I don’t plan on replacing it for a long time. Heck, if it still works, I’ll use it when I’m 50.

But cell phones… dare I keep one longer than two years? Never. Well, the truth is this time around I actually lost my last phone (about a month ago) and despite being confused as to where on earth I put it, I’m splurging on a new, discounted-with-two-year-contract phone.

My tastes in gadgets (and everything else) tend to go by looks first, features second, quality third. That’s not always the best way to pick out a big-ticket item. Luckily with phones there aren’t that many options… which makes it somewhat easier to shop and decide.

After trying to get my heart set on one of the cheaper phones, I did some research on the different phones and decided I really, really, realllly wanted the $129 one. At least this year I did research, right? Last time I got a Verizon brand phone and despite being black and shiny it was a crappy phone. This time around I’m going for an LG (that supposedly gets good battery life and decent phone quality).

Was I totally stupid to spend $129 on a phone when I could have got one for free (or perhaps even found my old one that’s likely hiding somewhere in my room… or at a friend’s house?)

I can’t wait to get the phone. I ordered it online, so it comes next week.

If you enjoyed this post, consider subscribing to my RSS feed.

The only good thing out of this situation is that I was able to call and speak with a rep from AT&T last night (so I wasn’t spending more of my Verizon cell phone minutes to deal with the saga (see here and here.)

After barking at this women for over a half hour, it seems I got somewhere. Well, sort of. She explained to me that since my account was canceled on December 24, the charge that just showed up on my statement was for Nov – Dec. Also, since my billing cycle ends on the 21, I will have one more charge appear on my account for the three days between the 21 and 24, but the rep couldn’t tell me yet how much that would be for.

As far as canceling auto pay, she said she’d gladly do that, but it usually takes one billing cycle before that’s put into effect (so, in other words, it doesn’t really matter if i do that because there’s only one more billing cycle left).

What really frustrates me is that this all should have been taken care of in October, if the women at AT&T handled our phone request properly and transfered the account then.

At the end of the conversation, I realized that trying to get reimbursed from AT&T for the charge was going to be impossible. So instead, I asked if they could send me a bill for the last three months charges, so at the very least I could forward this on to my boss so I could be reimbursed.

That sounds so simple, right?

Well… I’m told that it costs $5 per bill to have them sent to me, but I could go online to see and print them for free. I bitch at her for another 10 minutes, explaining that I can’t get into the online account because it’s under my bosses’ name with HIS information and password. She finally goes to talk to her manager and puts me on hold for another 5 minutes. Then she comes back and says she’ll mail the bills out to me. Jackpot. Well, sortof.

That’s about all I can do for now. I’ll send the bills off to my boss the second I get them and hopefully will get the $300+ back that has been withdrawn from my account.

All I can think is thank goodness I was able to make this call at night when my minutes are free!

AT&T will never, ever, ever get my business again.

Perhaps some of you remember the saga of my previous employer and the cell phone bill that kept showing up on my bank account.

In short — for my full-time reporting gig, I bought a cell phone through AT&T for work — my boss told me to do this and he would reimburse me. That all went over fine.

A few months and a firing later, the nightmare began. On the last day of work, after a long conversation with AT&T on the phone, it sounded like the account would be transfered to my boss and all would be fine.

But then the auto pay bills started showing up on my bank statement. One in December, then one in January. I finally called AT&T and after 3+ hours on the phone with them (which ended up costing me something like $100 on my Verizon cell phone that I used to call them) you’d think everything would be solved. They talked to my boss again and he re-gave them permission to transfer the account to him.

Oh… but what shows up on my bank statement this month? ANOTHER $106.41 charge from AT&T. WTF?? My boss is supposedly reimbursing me for the last two months ($109 and $106) but I haven’t gotten that check yet, and now I have to bother him and the accounts woman again asking for more money to be expensed and…

I am just so frustrated and I don’t know what to do. Not only is this costing me lots of money (which will hopefully be reimbursed at some point), it’s also costing my boss lots of money. As soon as the account is transfered to him, he was going to change the monthly plan to the lowest cost one, so he wouldn’t have to pay $106 a month. Except they just can’t seem to figure out how to transfer it to him.

Add in to the mix that this former boss of mine just had a heart attack. It’s not exactly the best time to be bugging him with this… but I also can’t keep getting charged $106 a month for a phone I no longer have!

What should I do?? Do I have any rights here? I don’t want to spend another zillion hours on the phone with AT&T because it seems that gets me nowhere.