Two years ago, when I was just a wee soon-to-be college grad, I hadn’t a clue what “job stability” meant. I was all wide-eyed and bushy tailed, expecting my B.F.A. to ensure everything in life would work itself out, given a short bit of things smoothing themselves out.

I really had no idea what I was in for. I’m lucky, I have a savings, I know my parents are there for me if I’m desperate (although with the amount of savings I have and my history with the ‘rents, I’d rather run myself into serious debt than beg them for help.)

So after a year of interning for a slave’s wage, I found myself a full time job in the editorial department of fairly small magazine startup. I’ve been there for about a year. It’s been a great ride, that’s for sure, and I’m learning tons. What I’m not getting, however, is a promotion in title or salary, despite that I’m a fairly dedicated worker and I’ve put a lot of hard work into the job.

Besides all that, it looks as though the company is slowly but surely falling to pieces. It could always surprise me and make a fortune, but there’s been an increased dosage of pessimism that leaves me thinking I’m likely going to be out of job in a month or two, or maybe three at most.

Meanwhile, my apartment complex raised my rent to $1050 from $905 (utilities included) for my comfy studio apartment. Gosh, I can’t believe I’m paying $1050 for a studio, but that’s the cost of living in the Bay Area. I know, I know, I should live with other people because at $35k a year, I can’t really afford to live alone.

But the thing is, I’ve been depressed my whole life until I finally got my own place, and suddenly my brain and emotions have stabilized. Living on my own, I figure, includes the cost of therapy I no longer need (or at least no longer desperately need).

Still, expenses are tight, as I’m spending about $200 more than what I earn per month. It’s do-able with my savings, but obviously I can’t live that way forever. I kind of figure that eventually I’ll be making more money (hopefully sooner than later) and if I can manage to make at least $45k a year I’ll be set.

I mean, I’m a spender. I buy things. But I also rarely buy big ticket items. I’m the type that goes into the drug store for shampoo and leaves having spent $78. I did that today. I love little things. Sometimes I need them, sometimes I don’t. I’d never spend more than $70 on a shirt, and I usually try to find clothes at sale retailers like Marshalls or Nordstrom Rack. I’m rather stingy, for the most part. Or so I think. It’s just all the little costs add up. And then I’m left looking at bright red numbers with a minus sign in front of them on my budget reports in Quicken.

Sometimes I feel like I’m hopeless. When I lose this job, I’m not sure what I’m going to do. I’ve considered graduate school but the thought of taking the savings I have and spending it all on more schooling, plus going into debt over it, makes me want to puke. I mean, I’d be going to grad school for journalism, and the reality is that the salary I’d make at a job post graduate studies is equal or lower to what I’m making now. That’s just how the field works.

Meanwhile, my job prospects at the moment are pretty dim. They’re definitely not as bad as they were last year, when I was a college grad with a degree in the arts and basically no experience minus a few internships. I’m way ahead of that in terms of experience now, but still, I feel like the only jobs outside of journalism I can get are in PR. And not that there is anything wrong with PR, it’s a perfectly practical and admirable profession, it’s just not something I can see myself getting passionate about.

There are SO many things I want to do with my life, and I’m trying hard to do each and every one of them, but some things I just, well, I need more training to do, and I’m not sure how feasible that is. For instance, I’d love to learn how to code web applications, to work for a local startup as a project manager, to somehow magically obtain some serious computer science skills and build out a career from there. Of course it’s a bit late for that. I know HTML and some CSS and that’s about it.

Well, long story short, when I’m out of a job in a few months, I really don’t know what’s next. I’m looking for another position now, mostly because I don’t want to be left out cold. But I also want to take the next step in my career, as it doesn’t seem possible at my current company. I just have no idea where I ought to step, and meanwhile I’m just frustrated with myself for failing to be good enough for my company. It’s tough, I’m not an Ivy League grad, and for good reason. I’m smart, but I’m not book smart. I’m not as smart as 99 percent of the people who work at my company. And I try, believe me I try, but it’s hard to know that my brain perhaps doesn’t have the ability to keep up with my co-workers.

But that’s just what it’s like in Silicon Valley. Everyone here is smart. Everyone here seems to have graduated from Berkeley or Stanford. Well, I didn’t. I’ve got Ivy Envy, and for good reason. Tons of the interesting entry- or junior-level job ads on craigslist note that they’d prefer (or require) the applicant to have a degree from a “top university.” Thus, I’m out of the running.

Sometimes I wonder what the difference is between someone like me and a graduate of one of those top schools. Obviously they’re able to focus better and be more efficient with their time. Are they really all smarter than me? What is intelligence anyway? And can I be successful despite having a terrible case of ADD and perhaps not having an IQ that would allow me to so much as get an interview for a job at, say, Google? 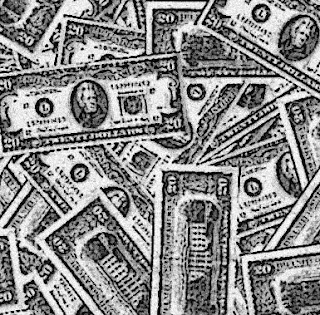 This isn’t my first blog, nor will it be my last likely, but after randomly falling into the online investment blogging community, I decided it’s a good idea to start tracking my finances and the like via the Internet… anonymously, of course.

So here’s a little bit of info about me to get started: I’m a young professional in her early 20’s. I’ve been out of undergrad for two years now. My income is $35k a year, benefits included, except sans a 401k. Chance of raise/promotion within next year: 15%. Chance of company going out of business: 55%.

I’m fortunate in the sense that I have a decent amount of savings and no college loans. Savings from both my dad putting aside some funds for me for the awkward post-college year, and then extra cash from a lawsuit over a broken arm when I was little. My networth right now is around $27k. So I realize I’m better off than many other people my age, despite the fact that they might be making $50k a year and I’m only at $35k. Or at least our actual income after bills and other expenses is usually about the same.

Since this is an anonymous blog, I feel ok talking about the details of my finances. I haven’t talked about it much on my main blog since it feels weird letting people know about how much I’m worth, or not worth. But finances are one of the things that I really need to talk somewhat publicly about, since I’m unsure of how to handle my money, with the exception of spending it. I’m very good at spending it.

So I recently opened a few random mutual fund/IRA/CD accounts, as I’m attempting to “diversify” my portfolio. I know I’m supposed to be living under my means, but I often fail to do that and spend more per month than I take in. Obviously that’s a bad idea. But i’m hoping that at the least, putting some of my funds in high-interest accounts will balance out my poor spending habits.

Ok, so here’s the breakdown of my accounts right now… (I’m going to try to keep tabs of this, as well as my budget, on here)

Well, the last three of these items haven’t officially been started yet. I signed up for them yesterday. I’m waiting for all of the electronic transfers to go through. I realize investing in a Mid-Cap Growth Index Mutual Fund. Afterall, the smart thing to do is to invest in large caps, right? But I figure if I put $3000 into a mid cap fund, I can also invest in a large cap fund if/when I ever get a raise. I’m $1000 to maxing out my Roth IRA fund.

I don’t understand the Roth versus regular IRA option, being as I know the Roth is all after-tax income and the regular IRA is pre-tax income then invested. But what should I be investing in now? I’m only making $35k a year, so it seems like I’ll most likely be in a higher tax bracket when I want to retire. Afterall, I plan on making more than $35k per year when I’m 55 or 65 or whatever age it is I can retire.

And if I sign up for a Roth IRA now, can I move to a regular IRA at any time? Or am I stuck in the Roth?

Finally, how about my mutual funds – how much will it cost to change them from mid-cap to large-cap if suddenly I realize I ought to be a bit less risky in my investing? Gosh, I’m so confused.

Her Every Cent Counts is written by a 25-year old woman trying to figure out personal finance before she’s hurdled with costs of home ownership, children and other potential expenses in the years to come.

This blog was originally started as a place to write about money issues in depth, beyond what she was comfortable writing in her blogs that friends and family read. It has grown into a resource for other girls (and guys) in their 20s – a place to discuss saving, spending, career growth, setbacks, and the costs of being a young adult.

I welcome you to look around and read a few of my entries. Send any comments/feedback to hereverycentcounts@yahoo.com

Advertisers are welcome to contact me at the e-mail address above.