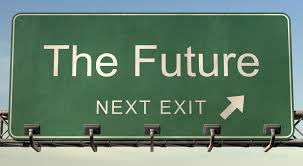 Every once in a while I get this itch. I look at my life today and I think, wow, I’ve come so far and yet – is this the be-all end-all of happiness today? I’ve spent the last eight years working my way up in my career, terribly depressed most of the time, fighting the weight of impostor syndrome and a complete overwhelming feeling of incompetence and yet here I am, with a director-level title before 30, and everyone who knew me way back when is probably surprised how far I’ve come.

Looking ahead to what’s next, the big item up for auction is my devotion. That is, the next major choice in my life is marriage (well, unless I decide to buy a house first.) I’m extremely confused about marriage. While I’m glad we live in a day in age when women can be successful and independent, the options are almost too much. Do I even really need to get married? It seems marriage itself is good for two things — one, ensuring the woman is kept for if she is making less than the man in her life – and two, keeping families intact for children. Maybe there is some benefit to being with one person for the entirety of one’s life as you could say that there’s value in growing old with someone and not being alone, but who’s to say that one person will make it on earth as long as you do? In that sense, isn’t it better to have multiple close relationships so the odds of being alone later in life are less?

In any case, I’m looking at my seven year relationship and knowing that I’ll need to make this decision soon. Unfortunately it’s not the “get married or just stay with him and keep dating” choice. It’s either marriage or, I guess, we break up. And I don’t want to break up with him. He’s adorable, loving, committed, and would be a wonderful father. I also feel like I’ve made the mistake of not exploring enough relationships when I had the opportunity to in life… as an insecure serial monogamist, and maybe not the most attractive woman in the universe (I’d say I’m a 6/6.5 on a scale of 10), I’ve failed to date men I, well, look up to. I’ve also been scared of this coming from a family with an overly powerful father who was abusive and angry all the time. I wanted to have that control. And I didn’t think positively enough of myself to believe that I could be an equal with someone who had their shit together.

That said, I think I got really lucky with my current relationship. There are so many good things about what we have, it’s impossible to list them all. But of course it’s not perfect. And of course I wonder why lock myself into a marriage when I’m just now starting to feel like a person worthy of exploring my passions and people. I don’t really see myself doing that in my 30s… I think I want kids… and if I want kids then the reality would be rushing to find a partner in the next 3-5 years who I can marry and settle down with, and I  know full well that I’m going to end up regretting not sticking with my current SO if I do that. I’d be miserable. I’d miss him. I’d completely feel ill when hearing about him in another relationship. But then I think, god, isn’t that what most people go through over and over again in their lives — isn’t that what dating is supposed to be about? It’s not really something I’ve experienced. I don’t like heartbreak and I’ve never been strong enough to handle it. I’ve dated people before who I just wasn’t that into. It was easier to end things then. But now I’m 100% most certainly in love. And there has to be some value to being able to say that after being pretty much monogamous for over 5 years (we’ve dated seven, I had a little break in judgement on year two.) If we can make it seven years, than we can make it 100.

But going back to marriage, I worry, because whenever I think of marriage I think it’s a business agreement between two adult parties who contribute to a relationship and have their lives together. Although I still fear being with someone who has their life together, because then I feel less in control, it upsets me that he, after seven years of dating, has still not held one full time job. If he had gone to my high school and I would have never dated him. But I know he’s a smart guy, he went to a top-tier school and graduated with high honors, and I find that incredibly sexy, and I might be letting that cloud my judgement. He very well might get his act together soon — he’s applying to grad school, he’s considering a few different options, he knows he needs to make something happen. But that doesn’t change the fact that at 29 I’ve saved $250k and at 31 he’s now eating away at his remaining $10k in savings because he doesn’t have a job. I don’t need him to be wealthy, but yes, it kind of bugs me that after this many years, he has failed to showcase any ambition. I know he’s grown up in a very messed up family situation, he has no emotional support from his parents, but on paper I’m dating an unemployed 31 year old who lives at home. On paper, WTF.

Part of me wants to be the emotional support to help guide him to success. I know he needs that. It feels good to be useful, helpful. But I have my own life to worry about. I want to be with a man who inspires me to be my best person. Who shows me new things. Who wants to travel and try new things. Who pushes me out of my comfort zone as much as I love to stay in it. And that’s the itch. The itch I’m dying to scratch. I don’t know if it needs to be scratched in the context of a relationship or other people. Maybe I can just get a hobby. Maybe I can meditate like my therapist wants me to and find peace with myself. I can stop wanting. But I find myself so easily slipping down a destructive path. I want to be with someone who makes me feel inspired and alive and in the moment. But ultimately it’s the lack of motivation to find a job that hurts me. Because I feel like that- even though it’s about him – in a way it’s about how much he cares for me. Because he knows that, when I pull off all my romantic caps, I’m a realist, a realist with some expectations for my life. And I’m saving like crazy (almost) to try to achieve the life I think I might want. But he could have easily saved an equal amount by now, living at home, and moving up the career ladder. That makes me feel like, no matter how much he tells me he loves me, he really doesn’t. I often worry that I’m being a gold digger, but then, I don’t think it’s unreasonable to want to marry a man who can get and maintain a job. Is it?