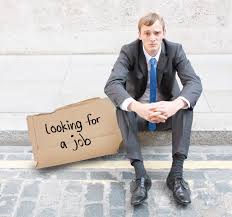 As I mentioned in many previous posts, my boyfriend of 6+ years is unemployed. He’s unemployed for numerous reasons, none of them being talent and intellect. He is just stuck, and needs a little unsticking. I know that everyone says you can’t change a man, but I’m not trying to change him, I’m trying to help lift him out of the quicksand and onto his own two feet.

We had a very good and frank discussion today about money. He said that while he doesn’t like the concept of money, he accepts that to do anything and have power in this country you need money, and he’s willing to work hard to earn it. I’ve compiled a new fresh resume for him based on my learnings from job searching, and quickly found out how much I know about career searching versus the average person. I’m glad I can answer all of his questions about what to write in a cover letter and what job sites provide quality listings.

And today, we also had a break-through in what he wants to do and how to achieve it. He really wants to go into computer science, but feels like it’s too late because his bachelors was in English Lit. I found a list of high-quality masters (and a few second-degree bachelors) programs designed for people like him. I could tell he instantly lit up when I showed him these options.

As much as I hate, hate, HATE the idea of him living away from me for 2 years, I think it may be necessary to jump start the rest of our lives together. With a master’s degree in Computer Science, I believe he would be unstoppable. I’m not delusional, he graduated with high honors from a very respected (top 25) academic institution, and is really good at “school.” The two years he spent at this institution (he spent his first two at junior college before transferring) were undoubtedly the best of his life. He grew a lot in those two years, and two more years away to really define himself as a person (better late than never) would be excellent for him.

The challenge is he’ll be 31 this March, and given for most of these schools it’s too late to apply for fall admission, he wouldn’t go to grad school until 2014 at 32. This isn’t too late at all – lots of people go to grad school in their early 30s – but it definitely means that we’d be getting married and trying to have a kid while he’s still in school, putting a lot of pressure on me to maintain and grow my career. (This may not be a bad thing, I tend to excel under the force of such pressure.)

The good news is that his mother (who lives with her parents and doesn’t own a car) has saved a good amount for her life and would have enough money to put him through grad school. Normally I’d roll my eyes at this sort of situation but at this point I’m definitely glad that if he were to go to grad school it wouldn’t put us in all sorts of debt. By 2016 he could have a computer science masters degree and be well on his way to a very stable and rewarding career.

I really hope he does this because I feel it’s the only way life is going to make sense for either of us.

3 thoughts on “Helping My Boyfriend Get Ahead with Career Advice”