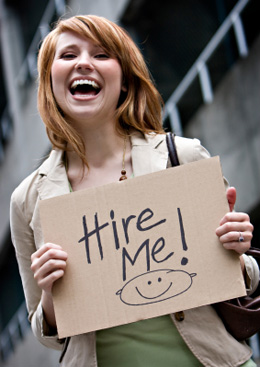 Not everyone has to go to an Ivy League school or the equivalent to be successful. However, there are some simple steps you can take to financial success in the next 5 years of your life, and they start now, when you’re in college. Here are 10 things I wish I knew when I was in college, that I’ve learned over the years:

1. Get Work Experience Now, Not Later

The number one key to success is being able to get your foot in the door. I learned this the hard way after graduating from college with a few internships under my belt, where I received great experience, but none of them were impressive enough for an employer to pull my resume to the top of the pile. After college, it was challenging to get an internship as most were unpaid and required “college credits” to obtain. I finally got my footing with a journalism internship that didn’t have those requirements, but I also spent six months after graduating college working under minimum wage to build up my professional experience. I’d recommend getting as many internships as possible while you’re in college, ideally in a company where you won’t just be doing just the dirty work. Internships are also one of the few opportunities you’ll have in life to build up a solid pool of references who can say wonderful things about your work ethic despite only three months on the job, and no one will question your short tenure – because that’s the point of an internship.

2. Don’t Buy a New Car As Soon As You Graduate

(Or Ever.) Buying a new car is a waste of money. When I graduated and got my first job, for about a week I was under the illusion that I had made it on a $30k salary and I deserved to own a new car. My parents always bought new cars and my dad raised me to think there was something dirty about buying used. Luckily, I realized the price tag for something new would not make sense as my job was new and I wasn’t stable yet. I looked at certified pre-owned vehicles and ultimately bought an even cheaper used Toyota that was six-years old and had 113k miles on it. The car was in really good condition – I had a mechanic check it out to make sure of it, and then I made the purchase. It was ideal to be able to make that purchase outright with $8k from my savings account. If you work through college, even part-time, you can amass enough to buy a used car. You don’t need to spend $8k – there were certainly good options for less than that, but I wanted something a little nicer and since I had the cash stocked away, I bought my used car. It’s lasted me seven years, or an average of $1142 per year of ownership and usage. I have too many friends who complain about money all the time, yet are stuck paying car payments for a lease or brand new car. It doesn’t make sense.

3.  Travel As Much as Possible Now (on the cheap)

This is advice a lot of adults will give you, but I’ll reiterate because it’s true. You won’t have time later in life to travel without a lot of complications, unless you figure out a way to make a living as a Fulbright Scholar. You can also travel for extremely cheap around the world staying in hostels. Do this because having exposure to other cultures will help you grow as a person and also provide interesting stories for your job interviews (as long as you aren’t telling them about that one time you stayed out all night partying with a dreamy European. Don’t tell them that story.) If you can, take a summer in college to travel.

4. Invest in Yourself Now, Not Your Relationship

If I ended up staying with my college boyfriend, I’d not be where I am today. While there are exceptions to this rule, I think it’s extremely important to not get caught up in a relationship while you’re in college that effects your decisions on what to do or where to do it. I’m not saying you should avoid dating in college – by all means date and learn about yourself and your wants. If you happen to find someone who pushes you to be the best you can be, and who is open to allowing you to follow the right path for you after graduation, then go ahead and fall deeply in love. Too many people, especially women, let love get in the way of success.

5. Invest in a Roth IRA as Soon as Possible

Did you earn any money this year? If the answer is yes, but not a lot, seriously consider putting some of it into a Roth IRA account. You’ll be taxed on the money up front but whatever you put in will grow and be able to be used by you in retirement tax free. This becomes less attractive once you are making more money and your tax rate is higher, but today if you’re making minimum wage, you have the perfect opportunity to get ahead by putting some of that away for the future. I’d recommend starting out with a $1k Vanguard STAR fund and learning about other Vanguard funds to start building your portfolio.

6. You Are Worth More Than You Think You Are

Don’t underestimate your value or abilities just because you’re young and perhaps more unexperienced than the next Joe Schmoe. Experience is valuable, especially in certain professions (I wouldn’t want someone operating on me right out of undergrad) but what really gets a person ahead in life is the willingness to accept that she is worth a lot more than she thinks she is. Everyone has natural talents and abilities, and these can all be applied to positions where experts in these skills can earn a lot of money. Don’t expect too much out of the bat, but also don’t sell yourself short.

Don’t just hibernate in your college dorm room, only to escape for the occasional frat party. College is the perfect time to build a network. If your school has a professional business program, go and attend open events with guest speakers (I wish I had done this in college.) Schools often have a wealth of networking opportunities built into their programming, but few take advantage of this. Even if your school doesn’t bring guests to you, take advantage of sites like Meetup.com where you can attend professional events in an industry you’re interested in pursuing. If your school is in the boonies, move to a city for a summer that you think you may want to work in after college, get an internship there, and network like crazy. If you’re shy like me, you can always email people in mid-level positions asking for an informal coffee. You’ll get a lot of rejected invitations, but someone will bite. Don’t be afraid to ask questions.

Now is the time to take risks. Want to join a startup that hasn’t raised funding yet for some stock options and the experience? Do it. Want to get into a profession that is known to pay pretty low up front, but will grow as you become further experienced, don’t worry about the pay yet. The first two years out of college is about establishing your personal brand. Don’t feel like you need to be stuck at any one job during that time should another opportunity pop up, especially in the first year. What you want is to be able to tell a story about how you personally contributed to the success or a project. Too many people I know get stuck in an entry-level job where they aren’t given any serious responsibility. It may pay more up-front than a position offering more responsibility at a smaller company, but those people are often still in that same role with 3% raises for inflation annually if they’re lucky. The best way to get ahead is to fail fast and learn what factors contribute to success. My best opportunities in life came from when I accepted projects that weren’t even full time, and built the right ones into full time roles.

9. Go Where the Job Market is Hot

One of the best decisions I ever made was for the wrong reasons. After college, I moved to The Bay Area because I had visited it often as a kid and thought it would be a nice change of pace. I grew up so far removed from Silicon Valley and the tech industry in a suburb of New York that I didn’t move to California for a career in tech. Lucky for me, Silicon Valley was one of the very few places where the job market continued to expand during the great recession of the last decade. It certainly got harder to find employment, but it wasn’t impossible. There were more contract opportunities available because companies were afraid of tying up their cash, so if you were open to taking those, you were fine. While you can’t predict how the economy will perform, you can make an educated guess of which areas of the country and world have growth prospects in the job market and which don’t. For instance, there are opportunities in North Dakota for oil companies (did you know North Dakota is the fastest growing state due to this?) During the recession, North Dakota’s unemployment rate peaked at 4.3 percent in 2009, a rate that was still significantly lower than the national average. The rate hasn’t gone above 4 percent since April 2010. Meanwhile, Nevada and California haven’t faired well in the recession. California has pockets of growth as well, so look for growing industries and move where business is booming, not shrinking.

10. Invest Now, It Will Pay Off Later

Once you get into the habit of maxing out your Roth IRA, don’t stop there. If you have a 401k plan at work, take advantage of it by putting in as much money as possible to get the company match. Learn as much as you can about investing. Open a Sharebuilder account and purchase a very small amount of stock and ETFs in a taxable account and pay attention to what happens. Follow why they go up and down. Pay attention to the news. Don’t invest in risky companies. Learn about dividend investing. Even if you don’t have a lot of money to put away now, this knowledge alone may keep you from spending “within your means” over the next 10 years and instead convince you to spend below your means. Be smart about investing, but don’t be afraid of it.

What advice do you have for college students that you wish you knew when you were still in school?