These stats were reported in multiple sources between 2007 and 2011.

•    In the United States, the average federal worker now earns 60% MORE than the average worker in the private sector.

•    The top 1 percent of U.S. households own nearly twice as much of America’s corporate wealth as they did just 15 years ago.

•    In America today, the average time needed to find a job has risen to a record 35.2 weeks.

This chart shows job recovery after past recessions versus today…

•    More than 40 percent of Americans who actually are employed are now working in service jobs, which are often very low paying.

• CEO bonuses at 50 major corporations jumped a median of 30.5%, the bigest gain in at least three years, according to a study of the first batch of corporate pay disclosures by consulting firm Hay Group for The Wall Street Journal. (source)

•    For the first time in U.S. history, banks own a greater share of residential housing net worth in the United States than all individual Americans put together.

•    36 percent of Americans say that they don’t contribute anything to retirement savings.

•    24 percent of American workers say that they have postponed their planned retirement age in the past year.

•    Only the top 5 percent of U.S. households have earned enough additional income to match the rise in housing costs since 1975.

•    As of 2007, the bottom 80 percent of American households held about 7% of the liquid financial assets.

•    The bottom 50 percent of income earners in the United States now collectively own less than 1 percent of the nation’s wealth.

•    Approximately 21 percent of all children in the United States are living below the poverty line in 2010 – the highest rate in 20 years.

•    Despite the financial crisis, the number of millionaires in the United States rose a whopping 16 percent to 7.8 million in 2009. 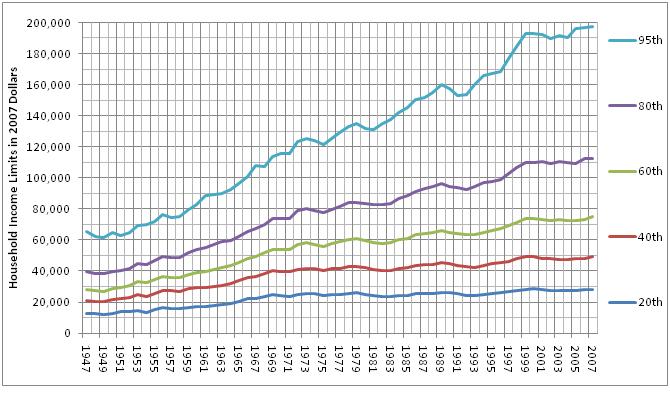 2 thoughts on “Why the Rich Get Richer: A Story in Stats & Charts”