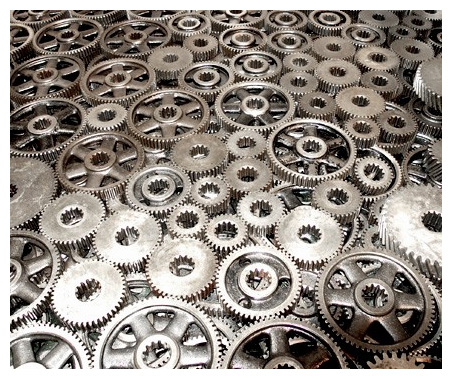 Once upon a time, America was a great and wealthy nation, built on manufacturing jobs and a manufacturing economy. But so much has changed since then, as the “making” jobs have moved offshore, leaving the government to grow its employment roster to keep unemployment rates down.

If you missed Stephen Moore’s opinion piece on this subject in the Wall Street Journal last week, it’s worth a read, even if you ultimately don’t agree with his argument.

He begins by pointing out:

Today in America there are nearly twice as many people working for the government (22.5 million) than in all of manufacturing (11.5 million). This is an almost exact reversal of the situation in 1960, when there were 15 million workers in manufacturing and 8.7 million collecting a paycheck from the government.

This isn’t just a change in the types of jobs we do, it’s a change in how people are paid, and where that money comes from. Nearly half of the $2.2 trillion cost of state and local governments is the $1 trillion-a-year tab for pay and benefits of state and local employees. Every state in America today except for two—Indiana and Wisconsin—has more government workers on the payroll than people manufacturing industrial goods. Moore asks, “is it any wonder that so many states and cities cannot pay their bills?”

From the 20-something blogger standpoint, what’s most interesting about his piece is how surveys of college graduates are finding that a growing number of “top minds” want to work for the government. Now, that’s not so bad… it’s always good to have smart people in government agencies… but as Moore points out, “when 23-year-olds aren’t willing to take career risks, we have a real problem on our hands.”

Now, Mr. Moore’s rant here is certainly coming from the right, and goes on to discuss some ideas about education jobs and anti-union gobbleygook that I don’t exactly agree with, but he does have a point regarding how our college grads would rather settle for the security of a government job than take a risk and try to innovate, and build something new.

Of the 800 comments on the article (I didn’t read them all), this one from Nathan Nelson stood out…

“In the article, a “maker” is easily identified as someone who directly generates a physical product, i.e., the person who works in a car factory or the person who works on the farm. But then there are all the people who are part of the system that allows those people to be “makers” this is where it gets vague. The middle management person at the factory…doesn’t make anything, but helps the whole process. The car salesman. Doesn’t make anything, but the cars wouldn’t be made without him/her in the process. How about the commodity trader, the banker who loans the money to the farmer? They are definitely a requirement for the “maker” to do his job. How about consultants…they increase the maker’s productivity and economic viability. So all these could be justified as makers, because they are a requirement for the efficient making process. These are all private sector jobs, now how about public sector jobs? One could argue that a Wall Street Journal opinion columnist is not a maker. There are not any production industries that are contingent upon his or her line of work…”